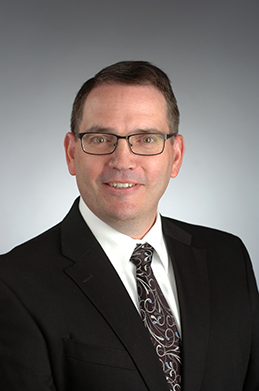 Dr. Edmonds served as Director of Project Advance from  2002-2015, when he was promoted to Assistant Provost for Academic Programs at Syracuse University. He continues to oversee SUPA as part of his duties in the Provost’s office and still administers the College Learning Strategies, computer engineering, and economics courses.

Edmonds is also the founding president (in 2002) for the National Alliance of Concurrent Enrollment Partnerships (NACEP), the governing body for concurrent enrollment programs across the country. He served a second term as president from 2004 to 2006, and he was chair of the Accreditation Committee on the NACEP Board of Directors from 2006 to 2008.

However, after a year of work he wanted to go back to school. His Windsor professors suggested he look at the School of Education at Syracuse University. By 1990, Edmonds was enrolled in a Ph.D. program in education at SU and on his way to becoming a faculty member.

Edmonds first joined SUPA in 1991 as part of the evaluation team when he saw a posting for an assistantship. He stayed with Project Advance and in 1994 was named associate director for research and evaluation. He was also responsible for administering the calculus and engineering courses.

This experience motivated him to stay in education administration, and in 2002 he was named the director of Project Advance. In the same year, Edmonds helped found NACEP and establish national accreditation standards as a way to promote concurrent enrollment and “make sure students are successful by giving them the skills to transition from high school to university.” He was the architect of NACEP’s national standards for accreditation.

Subsequent to being named director, Edmonds attended the Program for Leadership Development at Harvard Business School, a developmental program geared toward high-potential leaders. He also began pursuing his M.B.A. from the Martin J. Whitman School of Management at SU, which he completed in 2006. This provided him with the business tools and skills to make Project Advance the country’s leading concurrent enrollment program.

“Concurrent enrollment was a new idea when SUPA started more than three decades ago,” says Edmonds. “Our success is due to the strength of our partnerships between SU’s faculty and high school instructors, allowing for the creation of long-term success.”

Going forward, Edmonds hopes to further promote Project Advance and programs like it, striving to bridge the gap between high schools and college by increasing partnerships.

“Elementary schools, middle schools, high schools—they should all be viewed as a system in which a student is immersed, and at each stage educators should receive feedback on how to better serve their students,” says Edmonds.

His research interests lie in applying technology to instructional settings and improving school-college partnerships. He has presented papers at several national conferences, including NACEP, High Schools that Work, the Association on Educational Communication and Technology, and the Eastern Educational Research Association. Subjects he has published on include research on concurrent enrollment, knowledge management, instructional design models, and change.

Edmonds teaches IDE 651: Message Design and Digital Media and IDE 632: Instructional Development II, both in the SU School of Education, and MAR 356: Marketing Research in the SU Martin J. Whitman School of Management.